What does it mean to be a “servant of all” when you are a Twitch Streamer, YouTuber, or social media star? What does humility look like as a Christian internet […]

What does it mean to be a “servant of all” when you are a Twitch Streamer, YouTuber, or social media star? What does humility look like as a Christian internet personality?

This message is from my Twitch channel’s Devos & Chill series where, on Thursdays, I give a short message before we get into the gaming. Please join us! www.Twitch.tv/XtianNinja

Over the past month we’ve been building a sort of foundation  of knowledge before we jump into studying Paul’s Letter to the Philippians. First we talked about who the Philippians are, then who Paul was, then who Timothy was – which I think is a great start.

Today, I want to look at the first and second verse where Paul uses two interesting words that I want to focus on. Let’s read: “Paul and Timothy, servants of Christ Jesus, to all the saints in Christ Jesus who are at Philippi, with the overseers and deacons: Grace to you and peace from God our Father and the Lord Jesus Christ.” (Philippians 1:1–2)

I want to look at what Paul calls himself and Timothy: “servants of Christ Jesus.” Paul, in most of his other letters, calls himself an “Apostle” to remind the church that he was appointed by Jesus to have a special sort of authority and that they should take his letters seriously – but, as we talked about before – he doesn’t have to do that with the Philippians, because there is absolutely no issues between them. The reason for the letter is because when the Philippian church heard that Paul was in jail in Rome, they were so concerned that they kind of freaked out and sent help as soon as possible to see how he was. This letter is Paul’s response. So, Paul doesn’t need to defend himself to them – they’re already people that love and respect him.

So, instead, Paul uses the word “servants”. The Greek word there actually means “slaves”. This whole letter is going to be about humility, so it makes sense that Paul would humble himself at the beginning.

But, I want to sit on that word for a minute. If you’re a Christian watching this, then you’re probably used to the term, but I want you to shake off the preconceptions for a minute and reconsider what it means.

In Greek and Roman culture slaves were common. In fact, at the time of Christ, about one-third of the population were slaves. Not because of racism, but because of war and economics. One nation would conquer another and take people as slaves. Or, if someone owed someone a debt, they could sell themselves into slavery to that person to pay off the debt.

But, being a slave wasn’t like being an employee. A slave wasn’t considered a person, but a piece of property, like cattle or land. They had almost no rights. If the owner wanted to do terrible things to them, even kill them, there were no repercussions. Being a slave then, just like now, wasn’t something anyone wanted to be.

However, if you had sold yourself into debt, once the debt was paid, you would be set free again – or, you could choose to stay on as “bondservant”. This would mean freely pledging your whole life in service to your master. The reason someone would do this would be because they knew their master was a good person who took care of them, and leaving their household would only make their life worse. That didn’t happen very often.

What I want you to do is pause for a minute and consider the word “Slave” – and consider what it means to call yourself one. Try it now. Say, “I am a slave.” Can you say it? How does that feel? It’s almost always a negative word, right? If you’re addicted, you’re a “slave to the drug”. If someone is cruel, overworks you, lords power over you, you might call them a “slave-driver”. In our culture, “slave” is always a bad word. But – it wasn’t a nice word when Paul wrote it either.

But it’s a word that Christians kept using to describe themselves. We’re weird like that. We take the most diabolical, most torturous, most excruciatingly evil device ever created by man – and turn it into a necklace or decorate our homes with it. Calling ourselves slaves is another weird thing to do. Why would we ever do that? It makes no sense. Especially if you’re trying to convert people to your religion! That’s not much of a selling feature.

We do it because Jesus told his followers, over and over, that if they follow Him that’s what they’ll become.

Look what happens in Mark 9:33-37, “And they came to Capernaum. And when he was in the house he asked them, “What were you discussing on the way?” But they kept silent, for on the way they had argued with one another about who was the greatest. And he sat down and called the twelve. And he said to them, “If anyone would be first, he must be last of all and servant of all.” And he took a child and put him in the midst of them, and taking him in his arms, he said to them, “Whoever receives one such child in my name receives me, and whoever receives me, receives not me but him who sent me.””

The disciples are walking behind Jesus, trying to be out of earshot, arguing about which of them should be in charge, who is the best, who is the top-dog – and Jesus calls them out and tells them how it really is. “Guys, you’re totally wrong. Following me doesn’t put you on top – it is a willful choice to put yourself at the bottom.”

Then, just a chapter later, Jesus has to tell them again. Two of them outright ask Jesus that, once He is glorified as King, if they could please be the second most important people  in the world. So he looks at them and says, again in Mark 10:42–45, “And Jesus called them to him and said to them, “You know that those who are considered rulers of the Gentiles lord it over them, and their great ones exercise authority over them. But it shall not be so among you. But whoever would be great among you must be your servant, and whoever would be first among you must be slave of all. For even the Son of Man came not to be served but to serve, and to give his life as a ransom for many.”

Later, Jesus takes this same idea and uses it as a threat against the Scribes and Pharisees who had been lording their power over the people for so long. He says, “Whoever exalts himself will be humbled, and whoever humbles himself will be exalted.” (Matthew 23:12)

And so, since Jesus taught it, and the Apostles taught it, that’s what Christians teach too. Anyone who starts following Jesus, or joins the church, or called themselves a Christian, to gain power or influence, to feel important, to get on stage, or look down on others– should be absolutely smacked down by the words of Jesus.

Are You a Slave?

So, in light of all this, I have a question:

How do you see yourself? Regardless of whether you are a Christian or not, what is the foundational picture you have for yourself. You see online all the time people saying that you should “know your worth”, that you’re a “queen” or “king”; to not let anyone hold you down, to rise above everyone. Or, the ever so popular advice to get rid of every relationship that isn’t about supporting you, growing you, and elevating you.

Here on Twitch, if you’re a streamer, one of the greatest temptations you are going to face is toward pride, puffing yourself up, thinking you deserve views and likes and subs and bits. You’ve all seen the streamers who get made at their followers, right? “Don’t you guys know how hard I work, how long I sit here! I’m not going to do anything until I get this many subs, or this many bits! Hit that button or I’ll just leave! You’re all so ungrateful!”

Even if you’re not a streamer, it’s the same at work, or in your relationships. If you think you deserve something, and the people you expect to give it to you, aren’t, you’re going to get angry. If your assumption is that if you finish the project that you’ll get a raise… or if you are good to your spouse or boyfriend or girlfriend, that you have now earned the right to be compensated with affection… or if you think that since you went to church, read a bit of Bible, and tossed something it the offering plate that God is now required to bless you – you are going to be one very angry, disappointed, miserable, jealous, person.

Now, when you hop onto your stream, you’re not there to gain – you’re there to see how much positivity you can bring, how you can help anyone you meet. You don’t get angry at streamers with more followers, or streamers that put in low effort but have tonnes of views, or at your own followers because they’re not active enough. If you primarily see yourself as a servant, then all that anger and pressure goes away, and you’re thankful for what you get. In fact, you’ll want to elevate the people around you! Help other streamers! See if you can send help to your followers, instead of always thinking about what they can send you.

And – it keeps you motivated to do the best job you can. After all, that’s what a good servant does for the master they love – they do a good job. But now, you serve out of love, humility, and grace – not with expectation.

And it’s the same at work or in your relationship with God or others. If you reframe yourself as a “servant of all”, then, whatever good stuff happens to you is a bonus! Whatever praise you receive causes you to be more thankful! And all the expectations and disappointment start to melt away – because you’ve stopped comparing and keeping track of what you think you deserve – instead, you just serve, because you are a servant. That’s your identity.

My challenge to you today is to try to reframe your mind in that way. Talk to God about your motives, the reason why you do what you do. Ask forgiveness if you’re bitter, or comparing, or feeling like everything is unfair – and then, ask Him to change your heart. Start reading about Jesus. How did He live his life? He is the God of the Universe, Creator of everything, the most important and most powerful being there is, worthy of constant praise – and how did he act? How did he treat others? How did he see himself?

You’ll be surprised how this change of perspective completely changes your whole life.

Support Me on Patreon 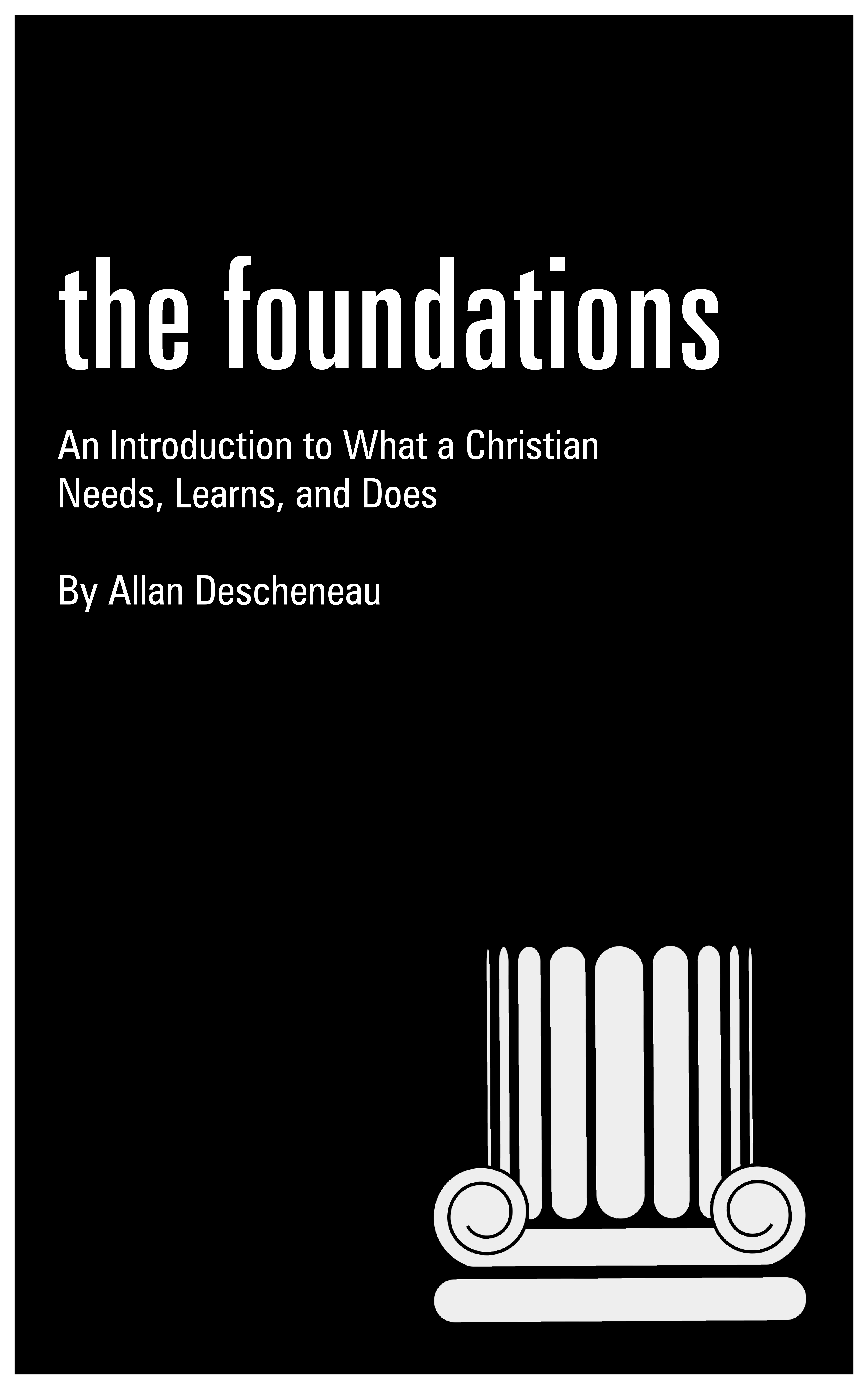