I’m a HUGE fan of the AWANA program and have been blessed with the opportunity to speak a couple of times. Last night I gave a talk called “What’s In a Name?” to a group of kids aged 5-12 and their leaders. It’s an adaptation of the sermon I gave on Sunday, but I was amazed how God changed the message when writing for a younger group.

Let’s play a name game. Here are some things I bet you didn’t even know had names:

Do you know the name of the church you are in right now? Rideauview Bible Chapel. Chapel is another name for Church. Do you know where the word “church” comes from? It’s a strange word, isn’t it? What is a “church”? Some of you here say that you “go to church”, but does “church” just mean “the building where Christians go to worship Jesus”?

But when Jesus use it, He used it in a special way. In Matthew 16 (vs 16 & 18) Peter says to Jesus “‘You are the messiah, the Son of the Living God’…Jesus replied ‘…on this rock I will build my church…” “Congregation” and “church” are the same word, but did you hear that? What did Jesus call us? “MY Church”. That what He calls us, you and me, “My Church”.

Isn’t that cool? When we are together with other Christians, we are part of a group of people who aren’t just together… we are together because Jesus called us together to be HIS! 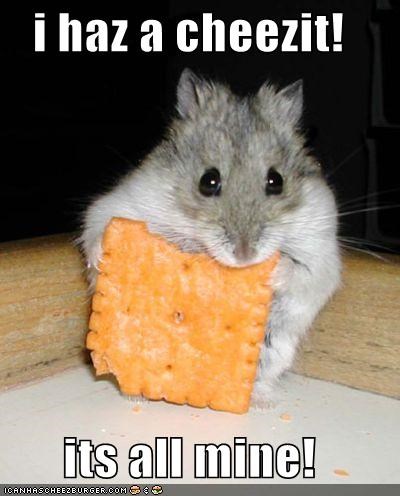 Do you ever use that word – MINE! Sometimes you hear little kids use it. “That toy is MINE!” MINE! What do you mean when you use it? When someone comes and takes something that is yours and you think, “Hey, that’s MINE!”

You mean “I love that! I want it! I want to protect it! I’ll take care of it! I want it around me! It’s MINE!” And when you lose something that is MINE, I’ll be sad, right?

So if sometimes you feel like you aren’t very special, or that you aren’t worth much, or are feeling sad, forgotten, alone, or afraid, just remember that Jesus is looking at you and saying “Hey! He’s MINE! She’s MINE! I love them! I want them! I’ll protect them! I want to be around them forever!”

Another way the Bible describes the church is by calling us “The Way”. Have you ever heard that? Remember what Jesus called Himself? “The Way, the Truth and the Life”, right? Well, in the very beginning of the Christian church, in the book of Acts, Christians would call themselves “The Way”.

“The Way” is just another word for “the Road” or “the Path”. What street do you live on? I live on Chatelain AVENUE. Right now we are on Prince of Wales DRIVE. Maybe you’ve driven down Merivale ROAD, or Scott STREET. Avenue, Drive, Road, and Street are all just words for the path that you go down to get where you’re going.

When Jesus said that He is “The Way”, He meant that He is the road that we need to go down to get where we are going. Remember the whole verse? “I am the way and the truth and the life. No one comes to the Father except through me.” (Jn 14:6) So, if you want to get to the Father, who is God, how do you get there? Through Jesus. He calls Himself the only road to God, the only road to heaven, the only road to eternal life and the forgiveness of sins. And so the church started calling themselves “The Way”, which meant that they were following the only “Way” there was to be saved from our sins. They were following Jesus.

I think this is a very cool word for the church because it reminds me that whenever I feel worried, lost, or afraid, or confused, or don’t know what to do, or how the future is going to go… I remember that Jesus is “the Way” and that as long as I’m following Him, I don’t need to worry about all those things because He knows what He’s doing.

Do people ask you what you’re going to be when you grow up? I wanted to be a computer guy, but God made me into a Pastor instead. I would never have guessed that was going to happen. But as long as I was following Jesus, He was leading my down His “Way”.

There’s another word that the bible uses to describe the people in the church, it’s the word “Christians”. It means “follower of Christ” or “belonging to Christ”. You’ve heard that word before, and many of you here would say that you are Christians. You’ve asked Jesus for the forgiveness of your sins, and now you are a Christian.

But did you know that when people were first called Christians, it wasn’t a nice thing to be called! No, it was meant to be an insult. People didn’t really understand who Jesus was, what He had done, or what people did when they became a Christian, so they thought all Christians were really weird.

And when we have communion we say that we are remembering Jesus dying on the cross by drinking wine that represents His blood, and eating bread that represents His body. Well some people thought that Christians actually got together and drank real blood and ate real people! They didn’t know it was just wine and bread, they thought Christians were cannibals!

But this word Christian, reminds me that it’s ok to be different. In fact, being a Christian means I’m going to be different. Christians don’t belong to the world, they belong to Jesus. We don’t do what everyone else does, we do what Jesus does. We don’t act like, look like, sound like, behave like, or think like the rest of the world – and that’s ok, because don’t want to be like the rest of the world. We want to be like Jesus.